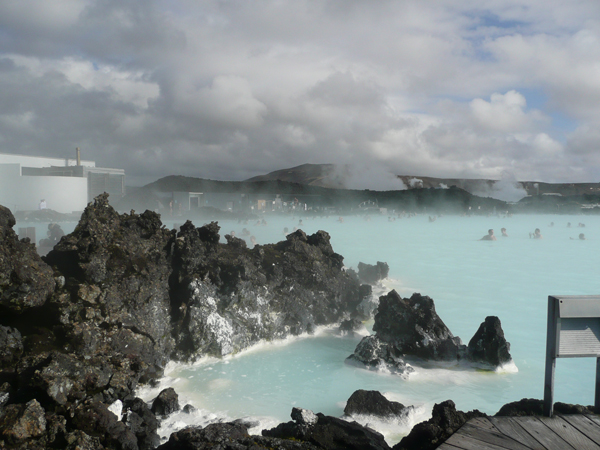 Thanks to Andrew, Mindy and Angela for their participation in our Iceland Panel. Within the first few minutes of discussion they had several of us itching to book flights!  (UPDATE: We visited Iceland in June of 2018 thanks to this panel discussion.  We even got dry suit certified and dove between the tectonic plates as Angela suggested!)

Some of their suggestions:

Hot Spring River Trail is considered one of the best hikes in the world. Iceland is also known for its stunning black sand beaches and prolific hot springs.

All 3 mentioned the black bread, also known as host spring bread, or volcano bread! It’s a dark bread that is prepped and then buried underground and cooked for 24 hours.  It is cooked by the heat under the surface!

Something to keep in mind is that the weather can change quickly and drastically (and we thought that as true in Colorado!) and that the country essentially shuts down in winter.  The road to the center of  the island opens middle of July.

Everyone had hoped to see the Northern lights but no one did.

Andrew rented a car and drove around the entire Ireland. He was able to do that despite his trip being only 4 days.  Ireland is about 2/3 the size of Colorado.

Angela had the opportunity to dry-suit scuba dive in the cold waters of the fault!

The Icelandic Horse is revered in the country and Mindy had the opportunity to do a half day horseback riding tour which she said was amazing.

One important thing to note is that all of them said Iceland was incredibly expensive. Suggested ways to save were:

Another tip was that Iceland can be a free ‘stopover’ on your way to Europe depending on the airline. Everyone said if you only had 4 days it was worth going to Iceland, but that if you could go for a month there was still plenty to see.

Our panel bumped Iceland up a few notches on our list of places to go! Thank you to everyone who participated and an added thank you to Minday for sending some amazing photos. Her photos are below!

Life Lessons From My 41st Year.

Life Lessons From My 41st Year.

Our trips are structured for a specific type of traveler. We curate immersive experiences for seasoned travelers seeking a deeper, richer, more impactful travel adventure.

© 2019 ALL RIGHTS RESERVED. TOWARD AWAKENING TRAVEL.